I generally try to keep it pretty healthy here. Not today. This recipe for vegan fried ice cream (with a gluten-free option) is all about SPLURGING. It’s a special occasion dessert. One to pull out for birthdays, anniversaries and such. Or maybe you’ve just had a really bad week and you could use a little food joy. During college, I was a server at a Mexican restaurant chain called Chi-Chi’s. Fried Ice Cream was a popular menu item. If you’ve ever been a server, then you’re familiar with the term “sidework”. Sidework is a term for the tasks servers are assigned to do in addition to their basic duties. There was no worse sidework than cleaning the dessert station. I HATED it. Imagine a freezer full of crispy coated ice cream balls next to a station with a deep fryer and containers of strawberry sauce, chocolate sauce and honey. Plus the whipped cream, cherries, and cinnamon-sugar fried tortillas. By the end of the day, it was always a giant sticky mess. And it took forever to clean. Maybe that’s the reason I never made fried ice cream at home. Until now. The process itself really isn’t too bad. It’s the freezer time that makes it so involved—a two step freezing process that requires some patience. The frying step takes the least time, but is essential to creating a warm, crispy shell. Obviously, if you have a deep fryer, it will come in very handy for this recipe. If you don’t, you can use a large pot, which is what I did. 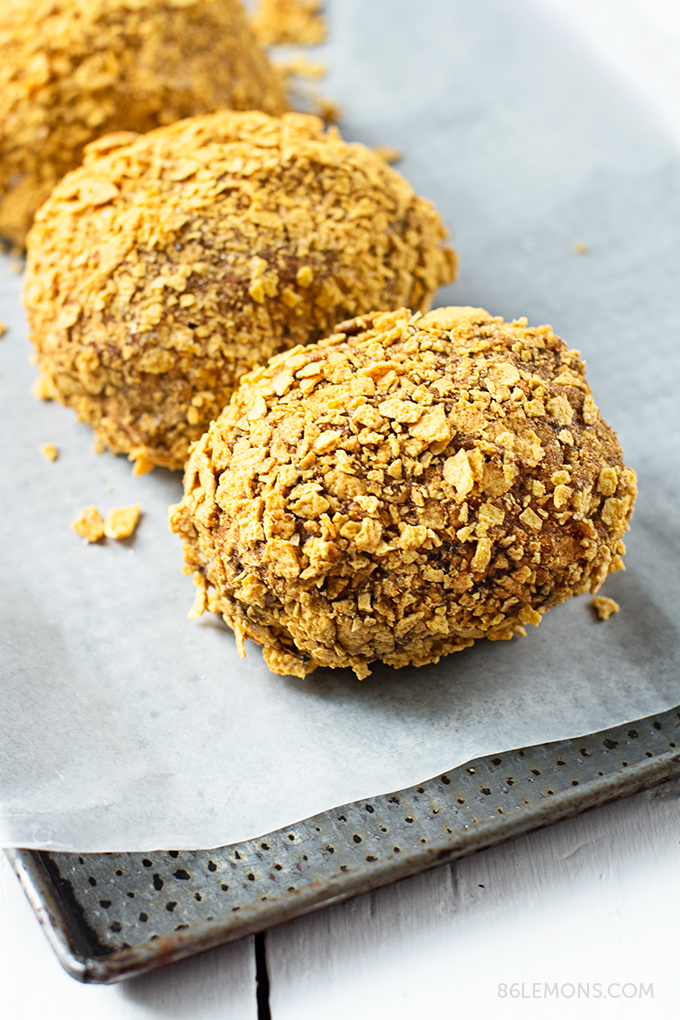 Since the recipe is involved enough as it is, I chose not to make my own ice cream. Instead, I used So Delicious Dairy Free Coconut Milk Frozen Dessert. (They also offer almond milk and soy milk frozen desserts.) They were kind enough to send me samples of their newest Gluten-Free and No Sugar Added flavors. Hubs and I had a ball taste-testing. We loved them all, but our favorites were Cookies ‘N Cream (Hubs) and Cookie Dough (me). The No Sugar Added Vanilla flavor is outstanding as well—really, really great vanilla flavor. I used Butter Pecan in the photo above because—why not? So Delicious Dairy Free products are all certified vegan and non-GMO. They never use artificial flavors, colors, sweeteners or trans fats. Good stuff. 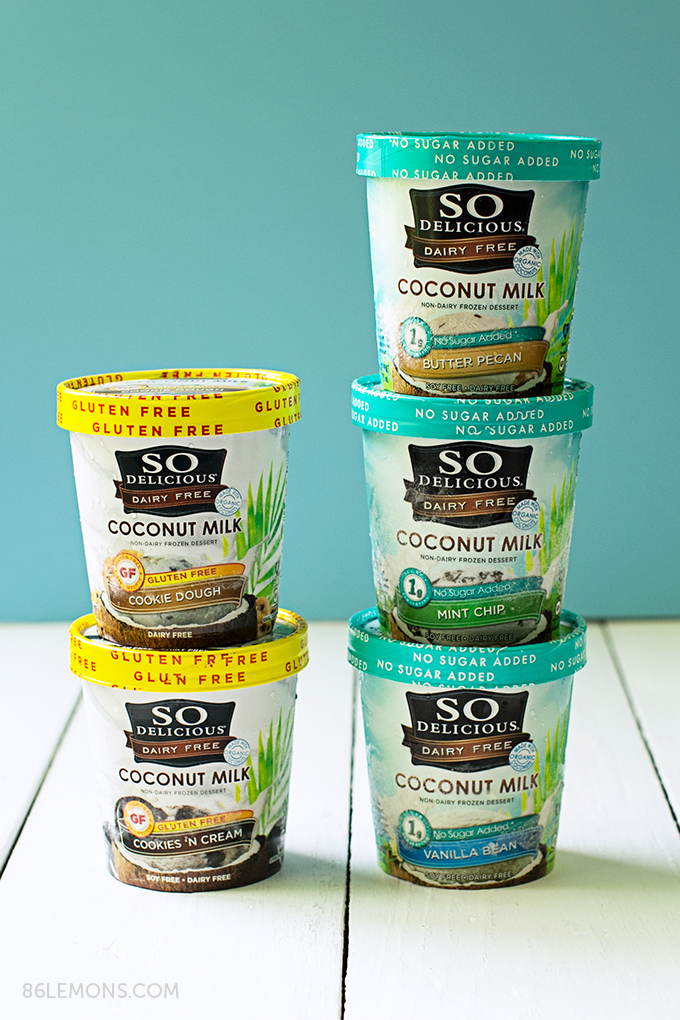