Remember that Choco-Banana-Nut Ice Cream I raved about a few weeks ago? Well this recipe has the same author – the Vegan Queen (as I have deemed her), Dreena Burton. Before I know it, I’ll have an official Dreena Burton fan club started here. Hubs chose this recipe from her Let Them Eat Vegan! cookbook (which I also raved about in a prior post).

We made these juicy porto burgers together after church on Sunday. I prepped the portos, Hubs grilled ’em (to perfection, I might add). I knew they would be good, but I was surprised at just HOW good they were. I could have eaten two! As the recipe title claims, they were very juicy. Dreena’s marinade is so simple, but so flavorful. Love, love, love.

Seriously. You’ve got to make these. They are super easy and super delicious. Then go buy Dreena’s cookbook because every recipe is awesome (and healthy).

*NOTES
We only used 2 portobellos since it was just the two of us. Like I said, I could have eaten two, so I might make more next time. I did not change any of the other ingredient portions and I thought the marinade was just enough to cover two portobellos. So, if you’re making 5 to 7, you might want to double/triple the marinade portions. Also, about the oil – I found a bottle of truffle oil at Costco (yes, Costco! – for $14!). I’ve never used it before, so I didn’t really know what I was doing. I used truffle oil instead of olive oil in the recipe. It was awesome, but REALLY rich. Next time, I think I would use half truffle oil, half olive oil. 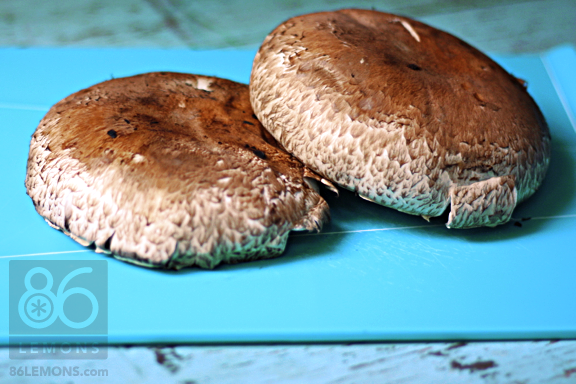 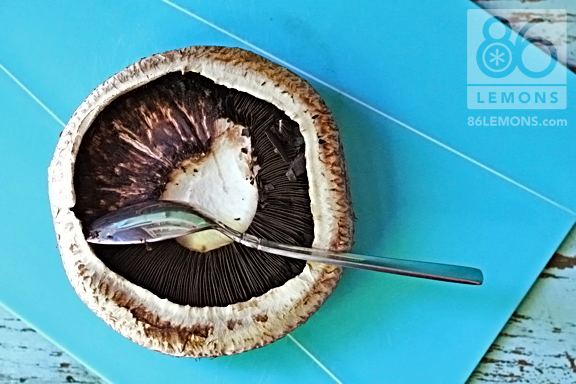 STEP 1
Clean mushroom using a damp (not wet) towel or paper towel to wipe the tops. You can also use a spoon to scrape the gills from the underside of the mushrooms. STEP 2
Grate the garlic in a large, shallow dish (confession: I just used my garlic press instead). Add the balsamic vinegar and oil and stir to incorporate. Add the mushrooms, and gently flip and move around in the marinade to cover most of the surface area of each. (I spooned the marinade onto the shrooms and spread it around with the spoon.)

Cover the dish and let mushrooms marinate for at least 30 minutes (1 to 2 hours, if you have the time), flipping the mushrooms once during the marinating time. STEP 3
To cook, preheat your grill to high or medium-high heat. Place the mushrooms on the grill, then sprinkle with a few pinches of salt and pepper. Grill for 4 to 7 minutes on each side (the first side usually needs longer than the second), until grill marks have formed and the mushrooms have softened slightly (but not too wilted; they should still be juicy). Remove from the grill and serve. After grilling, I trimmed around the mushrooms so they would fit on the bread. We used whole wheat sandwich thins (toasted), vegan mayo, tomato slices and sautéed onions to build our porto burgers. Served it up with a three bean salad. Killed it all. Will DEFINITELY be making this again. In fact, I’m thinking I might use some baby bellas next time and serve it open-faced on grilled crostini bread. Is your mouth watering? Mine is.