While searching for a dish to bring to my next ‘rawluck’ (raw vegan potluck), I found a recipe for 5-Ingredient Raw Apple Pie on Ali Seiter’s Farmers Market Vegan blog. I tested it and, while it’s not really potluck-friendly (a little too messy and challenging to slice), this delicious raw vegan apple pie recipe is definitely worth sharing! Not only does this require just five simple ingredients, but it’s also quite easy and quick to prepare (especially if you have an apple peeler/corer/slicer thingy). 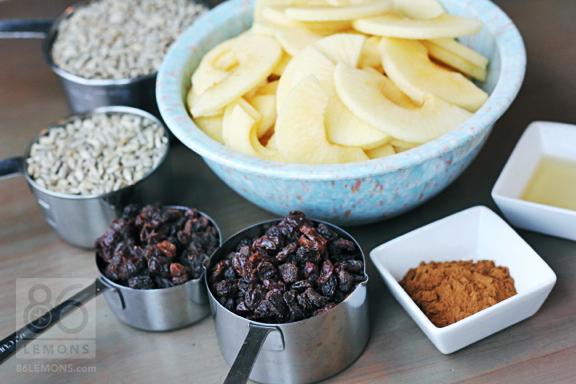 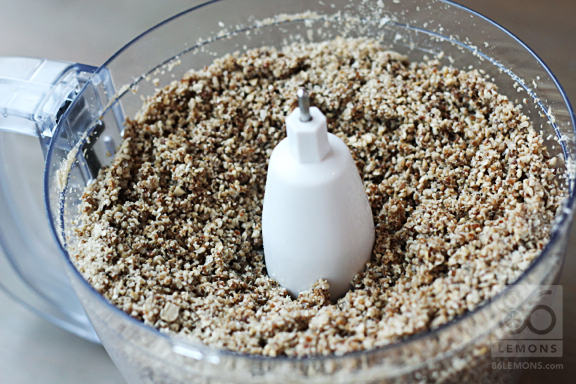 STEP 1:
In a food processor, pulse the sunflower seeds and 1 cup of the raisins until finely ground. I have a cheap food processor, so this took quite some time. Optionally, add 1 to 2 teaspoons of raw honey or raw agave nectar to help the mixture stick together a bit more, and pulse a few more times. 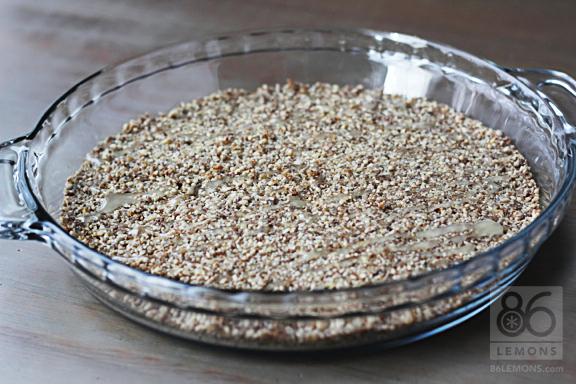 STEP 2:
Original recipe says to press two-thirds of the dough into the bottom of a pie pan, reserving the last third for the topping. I only used about half of the mixture, if that. It seemed to make more than I needed. It also seemed a bit crumbly, so I drizzled a little raw agave over the crust because I wasn’t sure it would hold together. In hindsight, I wish I would have added the agave to the mixture while in the food processor (as I noted in STEP 1).

Place the pan in the freezer to firm up. 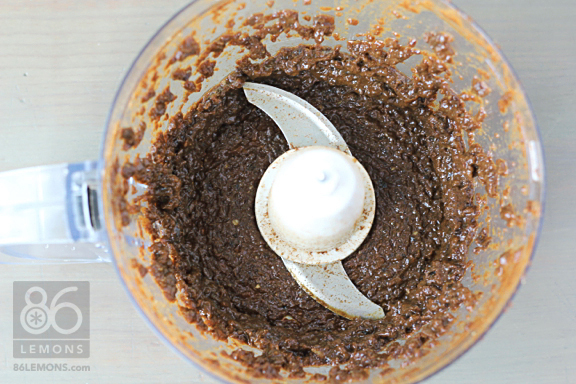 STEP 3:
Meanwhile, place the apple slices in a large bowl and set aside.

Using a food processor, blend the remaining half cup of raisins, cinnamon, apple cider vinegar and 3 tablespoons of water until smooth. My mixture never really got smooth – it was still kind of lumpy, but I probably didn’t blend it long enough. Didn’t seem to matter, though. 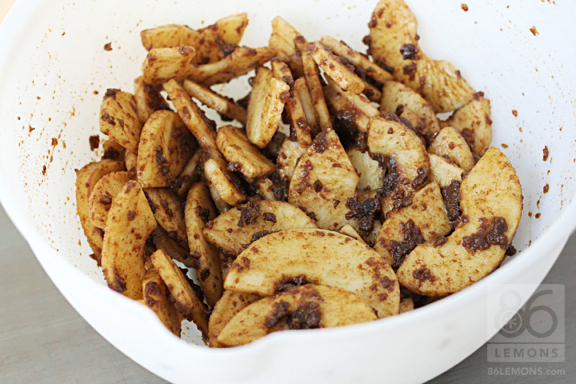 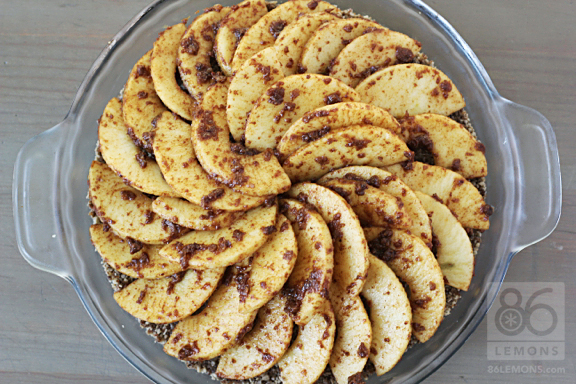 STEP 5:
Remove the pie crust from the freezer and, working in circles from the outside in, layer the coated apple slices over the crust. STEP 6:
The original recipe said to press the remaining dough into as thin of a rectangle as possible, cut into strips and arrange them on top of the pie in a criss-cross pattern to form a lattice crust. I found this to be impossible, so I opted to just sprinkle some of the remaining crust mixture over the apple slices. All said and done, I had 1½ cups of the crust mixture left over (which I made into snack bites that I will post sometime this week).

I found it helpful to let the pie firm up in the freezer a bit before attempting to slice, as it can get a little messy. I wasn’t the only one who enjoyed the pie – my husband loved it, too. I hope you enjoy this vegan raw apple pie recipe as much as we did! Ok, now I’m off to enjoy my pie and stare at my new cube aquarium! :)